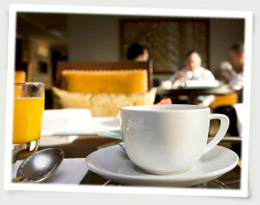 How much caffeine you are consuming each day? (With a soda here and a snack there, you may be more "wired" than you realized!)

Did you know that the US, as a country, is the leading coffee consumer in the world? Half of us, ages 18 and over, drink at least one cup of coffee a day -- but few of us stop there. The average American coffee drinker drinks a little over three 9oz. cups daily! (And while that may seem like a lot... the average in Finland is 10 cups a day!)

Though a cup or two a day (200 to 300 milligrams of caffeine) isn't probably going to harm you and, in fact, may offer a wide range of health benefits, once you get up to the four to seven cup range, you could be heading for trouble.

If you have more than 500 to 600 milligrams (mg) of caffeine a day, you may experience anything from restlessness, anxiety and insomnia to headaches and stomach aches. But caffeine doesn't just come in coffee. Use the charts below to evaluate your daily caffeine intake.

From the Research Desk...

If fatigue and lack of motivation are your constant companions, put these natural energy boosters to work for you.

Begin with breakfast -- This isn't the first time you've heard that breakfast is the most important meal of the day -- and that's because it really is! Fuel your body with whole grains and protein to start your day out right.

Exercise for energy -- Exercise can add some zing to your day. In one study, 20 minutes of low-intensity aerobic activity three times a week increased energy levels by 20% and decreased fatigue by 65%. Not only that, but exercise can boost your overall mood as well as help you fall asleep and have a better quality of sleep.

Power up with a power nap -- A 10-minute nap can help restore wakefulness, and promote performance and learning. Avoid napping longer than 30 minutes, as it can adversely affect your nighttime sleep.

Bag the boredom -- Long hours at a desk or at a single task can lead to boredom, which fosters fatigue. Every hour, stand up and stretch or take a short walk around the office to shake off the drowsiness. 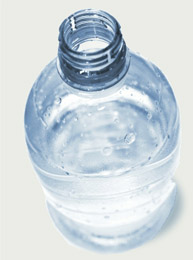 Keep the fluids flowing -- Drinking loads of water is not only beneficial for your health, but it also can act as a fatigue-buster. Dehydration is a common culprit behind fatigue, and has also been shown to decrease alertness and concentration.

Plug the electronic energy leak -- Keeping up-to-date on your emails, texts, phone calls and everything electronic can sap your brain's energy. For a few hours each day, shut off your cell phone and unessential gadgetry. You'll be amazed at how much more productive you can be -- as well as much more energized.

Seek out the sun -- Getting some sunshine early in the morning -- right when you wake up is best -- can help your body set its sleep-wake cycle for the day. Seeing sunlight during the day can also give your energy a boost.

Lighten your load -- Having too much on your plate can lead to overwork and burnout. Learn to say "no" and schedule some downtime.

Link between pesticide exposure and diabetes

Helsinki, Finland - Overweight and obese people with higher blood levels of certain pesticides, PCBs and other chemicals (referred to as "persistent organic pollutants", or POPs), have a higher risk of Type 2 diabetes than those with lower levels, say researchers from Finland's National Institute for Health and Welfare.

Banned or restricted POPs remain in the environment, and build up in human and animal body fat. POPs have been linked to diabetes in past studies. In the current study, close to 2,000 people had their blood measured for several POPs; about 15% of those tested had diabetes. The higher the POP levels, the higher the risk of diabetes, though this link was stronger in the overweight and obese. People with levels in the top 10% were twice as likely to have diabetes as those in the bottom 10%. 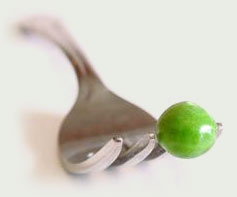 Maastricht, Netherlands - Researchers at the University of Maastricht in the Netherlands found that while eating slowly may make people feel fuller longer, it didn't prevent them from snacking.

The study involved 38 volunteers who ate the same lunch. One day they ate in 30 minutes, and the other day they ate in two hours. Scientists took blood samples before, during and after the meals to measure hormones involved in hunger and satiety (the feeling of fullness). Participants who ate slower had a slower in hormones that signal satiety, and two and a half hours after eating rated their satiety higher and their hunger lower than those who ate in 30 minutes. However, they ate just as many snacks as those who ate faster. Researchers suggest the availability of snack foods trumps body's hunger cues. A similar pair of studies suggests that people who eat slower tend to drink more fluids with their meals -- and this increased liquid consumption may be a more important than merely chewing more slowly or pausing between bites in determining the amount of food eaten and satiety at meal completion.

Even 15 minutes of daily exercise may help you live longer

Taipei, Taiwan - Exercising a minimum of 15 minutes per day or 90 minutes per week may extend your lifespan, regardless of age, sex and existing cardiovascular disease risk, it was reported in The Lancet.

Though experts recommend 30 minutes a day, researchers at the National Health Research Institutes in Taiwan wanted to determine if less exercise still offers life expectancy benefits. Over 400,000 participants were categorized as inactive, or low, medium, high, or very highly active. They were followed for an average of eight years and based on lifestyle, researchers projected life expectancy for each group.

Compared to the inactive group, those in the low activity group had a 14% reduced risk of all causes of death and a 3- year longer life expectancy. Each additional 15 minutes of daily exercise further reduced the risk of death by 4%.

Subscribe to our RSS
Information provided here should not be relied on to diagnose, treat, cure or prevent any condition, disease or illness. Please consult with your physician or health care professional for guidance on any health concern. DesMoinesHealth.com is a commercial website and is not affiliated with any government agency, university, or private medical center. COMPENSATION DISCLOSURE: This site may be compensated for products promoted here. Read our Privacy Policy and Terms of Use.